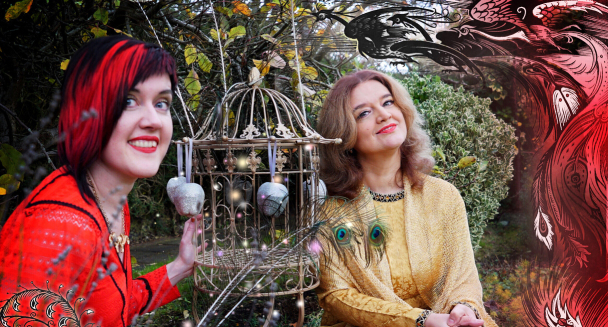 Presenting Firebirds - the duo album featuring Daria's beguiling vocals and Marina's stunning piano work. Recorded in a studio, the album, however, aims to capture the fun and excitement of our live performances. The tracks are stripped back and recorded in a single take, with some giggles and banter thrown in! A mix of high octane folk tunes and original compositions, it might leave you a little breathless...

Marina Osman is Folking.com Musician of the Year (2019)

Daria's exciting collaboration with the extraordinary pianist Marina Osman offers a fantastic variety for every listener, mixing languages, stories and musical styles from folk to classical, with a helping of jazz. Expect passionate, virtuosic musicianship and heaps of heartfelt, infectious energy.

"Daria Kulesh and Marina Osman took it to another level. One of the best sets I have ever seen"
(Andy Tuck, Forty Tenth Promotions)

“The very best of the best included an amazing set from The Firebirds (Daria Kulesh and Marina Osman)... the call for an encore was so insistent it couldn't be ignored"
(Tony Birch, FATEA Magazine)

Marina Starastsenkava Osman, originally from Belarus, is a graduate of the Belarussian State Conservatoire. An accomplished performer as well as teacher, she was awarded a badge "For contribution to the cultural evolution of Belarus" by the Ministry of Culture of the Republic of Belarus in 2008. In 2007, she was a judging panel member at International Chamber Ensembles Competition 'Nova music' in Latvia. She has also performed in Poland, Germany, Lithuania and Russia, having recorded several programs for 'Orpheus' Russian music radio and Russian TV with the classical music expert Mihail Kazinik in 2009. Since 2011, Marina has been based in London, focusing on training young musicians for ABRSM exams. 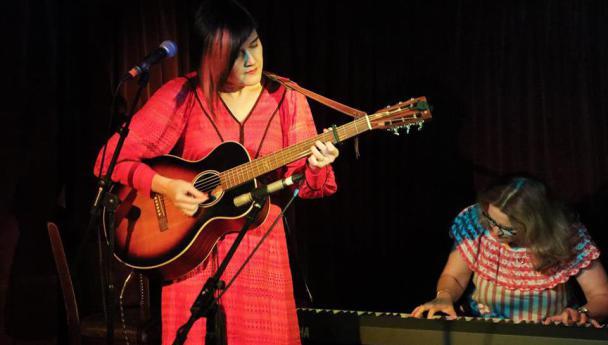